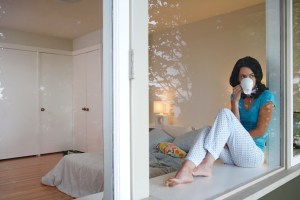 I could not stomach it any longer.  This marriage was making me physically and mentally sick.  I never knew what I was up against from day to day.  Between the acrid verbal abuse, “why would you wear makeup, you’re so ugly anyway” and finally the threat of physical abuse there was no way to continue.  My life was a roller coaster controlled by his moods and behaviors. No one really knew what I was going through.  Although, I am pretty sure the kids knew.  They always know.  It was like I had a secret to tell, I wanted to blurt it out, but I didn’t have the guts to let on how miserable I was.  Deep down I wanted to appear like we had a happy marriage, just pretend it was OK; until I couldn’t.  The last straw came when he called me a cunt in front of my children.  Through shock, disbelief, embarrassment, and rage, I balled up my right hand, reached back and swung.  I hit him square in the jaw and his 6’ 4” frame dropped to the floor.  I’m not proud of losing control but I was battered and defeated.  I then told the kids to get their jackets on, and “we are out of here.”  So, we left during a February snowstorm and never looked back.  It was the best decision of my life.

I eventually got on my feet after staying with my parents for 6 months.  They were incredibly supportive.  The divorce was a nightmare, of course, but not as bad as the marriage.  Slowly I gained mental strength and self-esteem.  He had me turned so inside out that I it was hard for me to make simple decisions at first and have the necessary confidence I needed to fully heal.  Thankfully that all changed. I took small yet bold steps to regain my life and get to a place of total independence.  I was no longer that woman who put up with his twisted views or gross negativity.  No one would ever step on me again.  No one.

As miracles would have it, he eventually remarried a few years later.  I wondered what kind of woman would fall for him.  And then I remembered how he could transform into a charming predator at will.  I naïvely and regrettably fell for that once.  Maybe she was lured in unknowingly, or maybe she was as unbalanced as he was.  Either way, I was determined not to like her, and I didn’t.  Afterall, any friend of his was an enemy of mine. You are judged by the company you keep they say.  However, my life was in an upturn as I had met and fallen in love with my life partner.  The only thing I worried about was the time and influence she would have on my son.  Her character was a mystery to me, and I had deep concerns.

Eventually they had a child of their own, a baby girl.  I had to pretend that I cared about my son having a new sister so he would feel content and at ease.  He already had to put up with his father’s erratic behavior when he picked him up on weekends, shouting nonsense at me for no reason.  I didn’t want to add to my son’s stress by saying anything negative about his new sister, nor did I want to.  It turned out that he really liked his stepmother, without elaborating on it.  I think he didn’t want me to feel bad.  He also loved having a sister, he was no longer the baby in the family.  I had very little contact with her, except for a few emotionally charged phone conversations.  She accused me of being “selfish” when discussing child support.  This woman was crazy.

Not surprisingly their marriage dissolved a few years later.  I wasn’t broken up about it.  Nobody could live with him.  Only now, not only a family was split up, but my son would also lose a sister that he loved.  Life continued with weekend visits from his father.  I didn’t give his situation a second thought, as it was none of my business.  However, I received a phone call a few years after the split up that changed my life.

His estranged stepmother called me one winter day and asked if she could drop her daughter off to spend time with my son. I believe it was Thanksgiving.   At first, I was taken aback.  Afterall, here was this “crazy” woman asking me to entertain her daughter.  She was not family. What was I supposed to do?  I agreed and talked to my partner.  My partner said, “why do not you ask her to come along and join us too.  It’s such a long drive, why doesn’t she just stay.”  That was out of the question in my mind.  Why would I do that!  But the more I thought about it, I decided that that would be OK.  I would only have to put up with her for an afternoon if it made my son happy.  Not only did it make my son happy, but it was such a simple, yet brave, act of kindness on her part that I could not help but admire.  She decided to stay.

We eventually started seeing each other with and without the kids.  I would tell my friends that I was hanging out with my Ex’s second ex-wife, at first.  Then as time went on, I did not need to describe our situation.  There was no need.  We were becoming good friends on our own.  Her stories were my stories. Her life was my life.  We are kindred souls who have the same war stories, the same dreams and desires.  It was not all about the marriages.  Sure, we kibitzed about being married to him for a while, but then it turned into more; much much more.  If she never met my Ex then we would have never met.  We discovered that we had so much in common and especially, thanks to her, each wanted our children to have a loving and solid relationship, to grow up and grow old together.

I count her as one of my dearest friends.  We know what each other have been through and keenly understand it.  It’s mostly unspoken today.  Besides being a loving, patient, wonderful friend, she is my son’s mother as well.  Not a stepmother, a true and dedicated mother.  If it wasn’t for her, I don’t know if the kids would be in each other’s lives today.  If it wasn’t for her, I would have missed out on a “once in a lifetime” friendship.  I love her and will have her for the rest of my life, until death do us part.