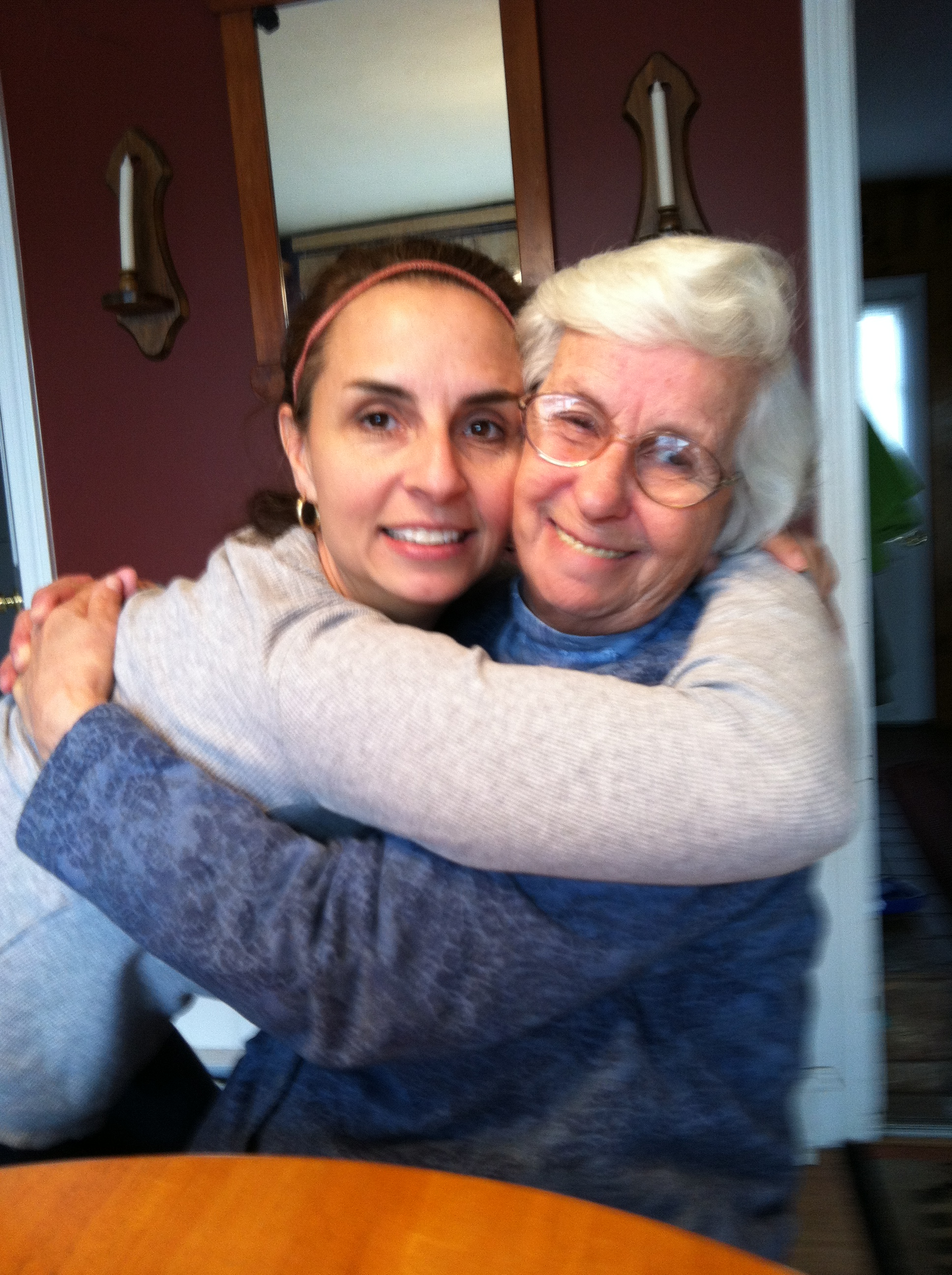 Lil’s bedroom gave no indication that the former sun room was makeshift in any way.  The area rug next to her high loft bed and homemade quilts absorbed the rays of light through the blinds. There was little physical mention that the family once gathered here, except for some neatly stacked games and stuffed animals stored along a few walls. It was comfortably furnished, providing Lil with precious dignity and the privacy they wanted to gift her  in this tiny house.

She was diagnosed a few years ago, while she was still actively swimming and in the midst of her husband’s illness. She loved her cats and she loved her family but soon everything would slip away. She cared for her husband as best as she could, but would forget to turn things off, and would often drive to unknown locations.  Her daughter once received a call from a gas station manager telling her that her mother was there and confused. He said that he understood because his mother was ill too. It didn’t attack Lil all at once.  No, that would be merciful. It just creeped into all their lives, as the family looked for answers to this dreadful disease.

My eyes were burning, as we made our way to the kitchen. I knew there were cats in the house, but I would only be there for a little while. Her breakfast sat on the center island, made by her daughter, Brenda, before she left. I ushered Lil to the table, where there family photos were stacked.  I could tell that Brenda had put these here for her to look at.  She just sat with her head down, looking like a child who had been punished.

What is coffee!!!!  It was at that moment that I realized that her life had been stripped of not only memory, but the knowledge of basic enjoyment, like a hot cup of coffee.  How could someone not know what coffee was I wondered?  Then I thought, how can I have a basic conversation with her?  I can’t ask her what she likes to do, or how her day was going.  She had no idea. This was something I hadn’t really thought through.

So, in a desperate attempt to communicate, I decided to sing.  I started to sing a silly song to try to engage her.  Lil perked up and told me that when she was a little girl she sang in the church choir.  Her enthusiastic description of her memories came flooding back, almost like she was waiting all week to tell me.  As we continued to sing, I started to dance, which amused her.  Lil got up and started to side step and move her arms.  I could tell she was enjoying herself.  I had finally gotten through to her. I reached a part of her that was happy and somewhat familiar.

Brenda returned home as we were in mid-chorus, so she joined in.  We had a lot of laughs all while my eyes began to itch and swell (damn cats).  It was time for me to leave, so I finished my coffee and gathered my things.  Brenda thanked me, but I didn’t feel like I deserved it.  The pleasure was all mine.

As I drove off, I realized what an incredible gift I had received that day.  I had to strip my thinking down to the very basics, like singing a song or tying a shoe. It was like caring for a toddler, but slightly bitter sweet.   I had to be gentle and understanding of who Lil is,  while knowing who she was. It was a blessing to be asked to care for her.

7 thoughts on “What is Coffee?”