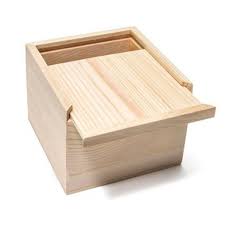 I feel foreign in my own house.  My body feels like nothing is familiar. My mind is on everything and nothing at all.  Opening the refrigerator, I take out a can of seltzer and slowly move to the table.  My knitting scattered around, and half finished.  The computer monitor is lit brightly in my dark office. I try to get back into my daily routine, but I can’t sleep.  I must go back to work tomorrow, while my scattered thoughts are muted by confusion and sorrow.  I am devastated.

My world changed 2 days ago at 2am in the morning.  There has been a delay in my emotions that I didn’t expect.  Shouldn’t I be relieved?  We all knew he was going to die for months.  The quick decline in his fragile body became so pronounced it was immediately inevitable.   I thought I was fully prepared to lose him but denied it in my heart.  For months prior, I would visit him as much as possible trying to drink in everything that was him.  Just hoping to capture his love, his stories, his spirit in a little box that I could carry with me.

Children and grandchildren arrived over the weekend to see him before he passed, knowing that time was short.  He announced days before that he was done taking medication and stopped eating.  We would periodically go to his room to check on him.  Mom seldom left his side.  He was unconscious and silent, occasionally opening his eyes to try to communicate.  He was medicated with morphine to relax and help him breath.  I would put my face to his when he was awake and smile and talked soothingly through tears.  I don’t think he heard me, but he would scrunch up his face like he was trying to cry.  He was too weak to have tears.  I believe he was caught between wanting to die and wanting to live.  Afraid to die.

I awoke to see him take his last labored breaths and silently begged God for mercy, bargaining between let him go, and please let him stay.  A severe shock went through me as I realized what was happening.  My sister urged me to leave the room to let Mom have the precious last moments with him, and so I did.  I woke up my brothers and children so they could see him one last time.  We gathered in his bedroom as his lifeless body lay under the covers.  His mouth was agape, but he looked oddly at peace. Slowly we wandered around the room hugging and crying.  We lost our Dad that night.

An hour later, I toasted Dad with a glass of Jameson’s because that’s what he would have wanted.  That’s what I wanted.  Memories flooded my head as I sipped; good and bad.  I loved the person he was flaws and all.  He is finally at peace with his family who will now hold and protect him.  Our job here is done.  That little box I have will be tucked away for me to open when I think about him.  Sometimes there will be tears and other times laughter.  I am so proud that he has touched so many lives and that his spirit will live on.

I will miss you Dad.